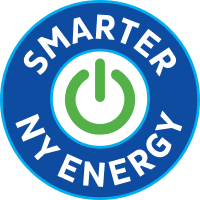 Did you know that New York State is going to force you to start converting to electric heat in 2030? Are you confident that the electric system in your neighborhood is good enough to get you through a winter storm? What happens when your gas furnace needs replacement and you are forced to switch to electric? Questions that need to be answered before the you're left without a choice.

When the Climate Leadership and Community Protection Act (CLCPA) passed in 2019, few New Yorkers even knew what happened. Worried about the impact of climate change, legislators set extreme targets for carbon reductions, without specifying how those goals would be accomplished. Now, the harsh implications are starting to emerge. Access to a wider range of low- and zero-carbon- emissions fuels is a critical part of the solution.

We support the goal of reducing carbon emissions in order to reduce the terrible impact of climate change. To that end, our legislators and the governor need to know that the path we’re traveling is too narrow to give us confidence that we’ll be able to do that.

We don’t have to look at the recent disasters in New Orleans, California and Texas to convince us that our electric grid is already fragile. Over the past decade, the number of US electricity outages has doubled. New York is no exception to this trend.*

Now, imagine the same type of widespread outage happening in the winter, caused by the strain the grid will suffer if millions of people are all running heat pumps in January and there are tens of thousands of new electric vehicles as well. This is the direction we’re moving in now, and it needs to change.

Currently, we are patiently awaiting the release of the Climate Action Council's recommendations due out December 20th. We expect that these recommendations will call for the outlawing of propane and other fossil fuels in new construction as soon as 2025, and the outlawing of retrofits beginning as soon as 2030. Make no mistake: they intend to eliminate the propane and home heating oil industry in short order.

NYSERDA and NY utility companies have launched a whopping $10 million campaign to try to convince people that converting their entire house to heat pumps is a good idea.* That’s because people in northern climates like NY don’t like Heat Pumps when it gets cold- no matter what the “technical experts” say. To stay warm, people overwhelmingly rely on a backup energy source- like a propane gas, natural gas or heating oil unit.

A study conducted in neighboring Massachusetts showed that 9 out of 10 people who have converted to a heat pump keep their existing heating system (heating oil, natural gas, etc.) as a backup. And for good reason—83% were unhappy with their heat pump’s performance in very cold weather.* In fact, a recent article in the Boston Globe lamented that while plans called for replacing 100,000 fossil fuel systems a year with Heat Pumps, homeowners had completely converted less than 500 through 9 months of 2021- despite significant incentives.

Plus, the cost alone to convert from another heating source to an electric heat pump can top $21,000. That’s guaranteed to make you shiver even more. Don't forget that if you own an older home, your circuit panel might not be able to handle the additional load that electric heat and water heating add.

Let's also discuss where you're electricity comes from. Did you know that according to the Energy Information Administration (EIA) that "more than 90% of New Yorks electricity comes from natural gas, nuclear, and hydropower"? Plus natural gas fuels 5 of the state's 10 largest power plants. In 2020, natural gas fueled two-fifths of New York's utility-scale in-state generation. Ask your state representatives how this fits into their plan.

Tell your elected politicians in Albany to let you choose how to heat your home and spend your money. Make your voice heard, click HERE to speak out.